Judaism and Psychoanalysis by Mortimer Ostow 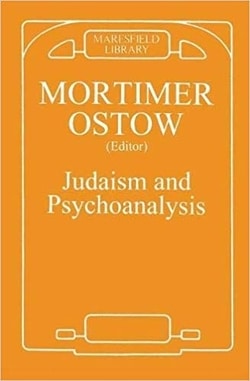 Is psychoanalysis a “Jewish science”? Ten essays contributed by the editor and distinguished scholars explore the Jewishness of psychoanalysis, its origins in the Jewish situation of late nineteenth century Europe, Freud’s Jewishness and the Jewishness of his early colleagues. They also exemplify what the psychoanalytic approach can contribute to the study of Judaism. Clinical studies illuminate the issue of Jewish identity and psychological significance of the bar mitzvah experience. Theoretical essays throw light on Jewish history, Jewish social and communal behavior, Jewish myths and legends, religious ideas and thoughts.What are the major determinants of Jewish identity? What is the role of Jewish education in establishing and maintaining Jewish identity? What does the Midrash tell us about the meaning of anxiety to the traditional Jew, and how does Judaism attempt to deal with anxiety? What strategies have Jews used to survive an anti-Jewish world? Under what circumstances has the compliant posture of Johanen ben Zakkai been celebrated, and under what circumstances the defiance of the martyrs of Massada?