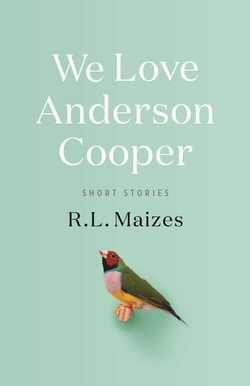 In We Love Anderson Cooper, characters are treated as outsiders because of their sexual orientation, racial or religious identity, or simply because they look different. A young man courts the publicity that comes from outing himself at his bar mitzvah. When a painter is shunned because of his appearance, he learns to ink tattoos that come to life. A paranoid Jewish actuary suspects his cat of cheating on him―with his Protestant girlfriend.

In this debut collection, humor complements pathos. Readers will recognize themselves in these stories and in these protagonists, whose backgrounds are vastly different from their own―we’ve all been outsiders at some point.