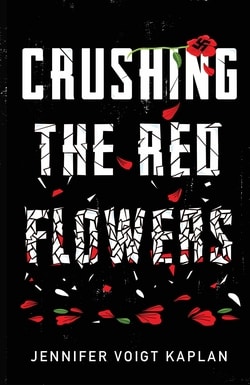 What if the person you are supposed to hate is the one person who can save you?

Crushing the Red Flowers is the story of how two ordinary boys cope under the extraordinary circumstances of Kristallnacht. Emil Rosen and Friedrich Weber couldn’t have less in common, but in the summer of 1938, they must both deal with the changes steamrolling through Germany. Friedrich struggles with an uncle in jail and a cruel Hitler Youth leader, while Emil does his best to avoid the blistering anti-Semitism that’s threatening his family. As the rules of yesterday begin to no longer make sense, both boys find comfort at a private spot along the Leine River. Then in the late hours of November 9th, their world explodes, and the two boys are forced together in a race against time that requires Friedrich to risk his life in order to save Emil and his family.