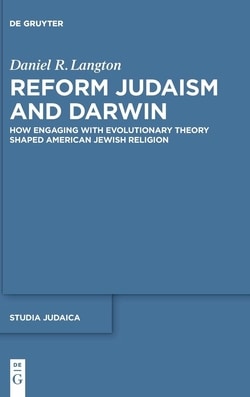 Darwin provoked Jewish as well as Christian thinkers so that many felt obliged to establish oppositional, alternative, synthetic, or complimentary models relating Jewish religion to his theory of natural selection. This book examines a range of leading nineteenth- and early twentieth-century American progressive Jewish thinkers, with the primary focus being rabbis Kohler, Wise, Hirsch, Krauskopf, and Hahn, although many others are covered. Key themes include the widespread commitment to universal evolutionism, that is, the application of biological evolutionary theory to other realms (e.g. history, religion, cosmic), and the particular fascination with the evolution of ethical systems within human societies, bearing in mind mankind’s bestial origins and the new challenges for understanding religious authority and revelation. It is argued that Reform Jewish discussions about the nature of God have been more profoundly shaped by engagement with evolutionary theory than has been recognized before, and that evolutionary thought provides the key framework for understanding Reform Judaism itself. The precise nature of Jewish Reform engagement with Christian proponents of theistic evolution are important, as are their interest in alternative evolutionists to Darwin, such as Spencer and Haeckel.