A Century of Jewish Life in Shanghai by Steve Hochstadt 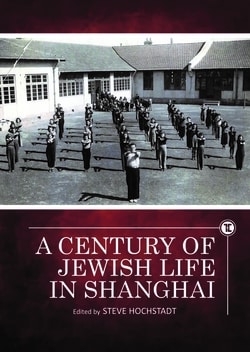 For a century, Jews were an unmistakable and prominent feature of Shanghai life. They built hotels and stood in bread lines, hobnobbed with the British and Chinese elites and were confined to a wartime ghetto. Jews taught at the Shanghai Conservatory of Music, sold Viennese pastries, and shared the worst slum with native Shanghainese. Three waves of Jews, representing three religious and ethnic communities, landed in Shanghai, remained separate for decades, but faced the calamity of World War II and ultimate dissolution together.

In this book, we hear their own words and the words of modern scholars explaining how Baghdadi, Russian and Central European Jews found their way to Shanghai, created lives in the world’s most cosmopolitan city, and were forced to find new homes in the late 1940s.