Courage and Fear by Ola Hnatiuk 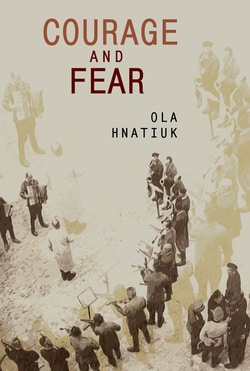 Courage and Fear is a study of a multicultural city in times when all norms collapse. Ola Hnatiuk presents a meticulously documented portrait of Lviv’s ethnically diverse intelligentsia during World War Two. As the Soviet, Nazi, and once again Soviet occupations tear the city’s social fabric apart, groups of Polish, Ukrainian, and Jewish doctors, academics, and artists try to survive, struggling to manage complex relationships and to uphold their ethos. As their pre-war lives are violently upended, courage and fear shape their actions. Ola Hnatiuk employs diverse sources in several languages to tell the story of Lviv from a multi-ethnic perspective and to challenge the national narratives dominant in Central and Eastern Europe.