Levinas and the Torah: A Phenomenological Approach by Richard I. Sugarman 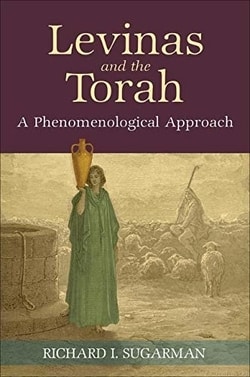 The French philosopher Emmanuel Levinas (1906–95) was one of the most original Jewish thinkers of the twentieth century. This book interprets the Hebrew Bible through the lens of Levinas’s religious philosophy. Richard I. Sugarman examines the Pentateuch using a phenomenological approach, drawing on both Levinas’s philosophical and Jewish writings. Sugarman puts Levinas in conversation with biblical commentators both classical and modern, including Rashi, Maimonides, Sforno, Hirsch, and Soloveitchik. He particularly highlights Levinas’s work on the Talmud and the Holocaust. Levinas’s reading is situated against the background of a renewed understanding of such phenomena as covenant, promise, different modalities of time, and justice. The volume is organized to reflect the fifty-four portions of the Torah read during the Jewish liturgical year. A preface provides an overview of Levinas’s life, approach, and place in contemporary Jewish thought. The reader emerges with a deeper understanding of both the Torah and the philosophy of a key Jewish thinker.