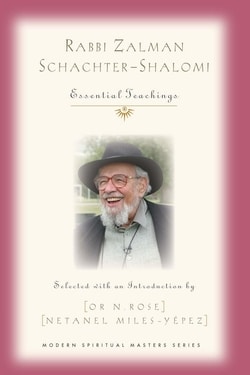 Rabbi Zalman Schachter-Shalomi (1924-2014) was one of the most creative and influential Jewish spiritual teachers in the late twentieth-century. Reb Zalman (as he is known) made several distinctive and lasting contributions to Jewish and interreligious life in North America and beyond. Originally trained as a Hasidic rabbi within the Chabad-Lubavitch community, he became one of the great teachers and translators of Jewish mystical tradition. Weaving together strands of Hasidism and Kabbalah with teachings from a wide range of other religious and wisdom traditions, including Christianity, Islam, Buddhism, psychology, history, and the sciences, he created the Jewish Renewal Movement, which seeks to infuse contemporary Jewish life with greater spiritual depth through increased attention to contemplative and embodied practice along with joyous service to God, the Jewish people, and the world as a whole.