A History of Kabbalah: From the Early Modern Period to the Present Day by Jonathan Garb 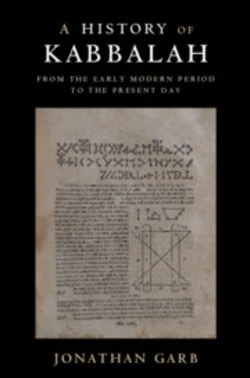 This volume offers a narrative history of modern Kabbalah, from the sixteenth century to the present. Covering all sub-periods, schools, and figures, Jonathan Garb demonstrates how Kabbalah expanded over the last few centuries, and how it became an important player, first in the European, subsequently in global cultural and intellectual domains. Indeed, study of the Kabbalah can be found on virtually every continent and in many languages, despite of the destruction of many centres in the mid-twentieth century. Garb explores the sociological, psychological, scholastic and ritual dimensions of kabbalistic ways of life in their geographical and cultural contexts. Focusing on several important mystical and literary figures, he shows how modern Kabbalah is both deeply embedded in modern Jewish life, yet has become an independent, professionalized sub-world. He also traces how Kabbalah was influenced by, and contributed to the process of modernization.