The Joshua Generation: Israeli Occupation and the Bible by Rachel Havrelock 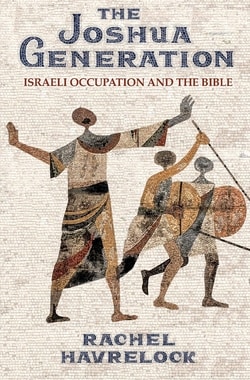 No biblical text has been more central to the politics of modern Israel than the book of Joshua. Named after a military leader who became the successor to Moses, it depicts the march of the ancient Israelites into Canaan, describing how they subjugated and massacred the indigenous peoples. The Joshua Generation examines the book’s centrality to the Israeli occupation today, revealing why nationalist longing and social reality are tragically out of sync in the Promised Land.

Though the book of Joshua was largely ignored and reviled by diaspora Jews, the leaders of modern Israel have invoked it to promote national cohesion. Critics of occupation, meanwhile, have denounced it as a book that celebrates genocide. Rachel Havrelock looks at the composition of Joshua, showing how it reflected the fractious nature of ancient Israelite society and a desire to unify the populace under a strong monarchy. She describes how David Ben-Gurion, Israel’s first prime minister, convened a study group at his home in the late 1950s, where generals, politicians, and professors reformulated the story of Israel’s founding in the language of Joshua. Havrelock traces how Ben-Gurion used a brutal tale of conquest to unite an immigrant population of Jews of different ethnicities and backgrounds, casting modern Israelis and Palestinians as latter-day Israelites and Canaanites.

Providing an alternative reading of Joshua, The Joshua Generation finds evidence of a decentralized society composed of tribes, clans, and woman-run households, one with relevance to today when diverse peoples share the dwindling resources of a scarred land.