A Ticking Bomb by Izhar David 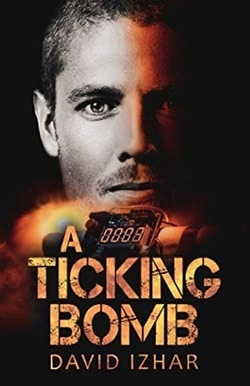 A stirring true story, riveting and touching about a Director of Field Operations of the Israel Security Agency

September 2000. The Al-Aqsa Intifada, a violent conflict between Israel and the Palestinian Authority breaks out, opening four years of bloody combat during the course of which over 6,000 people lost their lives and tens of thousands more were injured.

Alon, the protagonist of the story, is caught between two different worlds.

In the world visible to the public eye, he is a decorated director with the Israel Security Agency, where he deals with the prevention of terror attacks, recruiting and handling spies, intelligence operations and targeted assassinations.

In his other, secret world, out of the view of family and colleagues, Alon suffers from PTSD. He lives in gloom among the victims of operations he directed and attacks he found impossible to foil.

All the while, attempts to hurt him never stop and his life is under constant threat: A terrorist group is planning to reach his home and murder all members of his family; one of the spies he used to handle betrays him and tries to poison him; and another guerilla group tries to kidnap him and his bodyguard.

The snowball rolls on, sweeping Alon in its path, as he struggles to stop an unprecedented wave of suicide bombers while becoming a ticking bomb himself.

Soon after receiving the news of his upcoming appointment to a very senior position within the organization, Alon goes up to the balcony on the seventh floor and considers committing suicide…

This book which earned great national acclaim, allows a rare glimpse into the operations of one of the best run organizations in the world—the Israeli Security Agency describing the experience of those living among us with post trauma, whose souls bear deep wounds invisible to everyone but themselves.