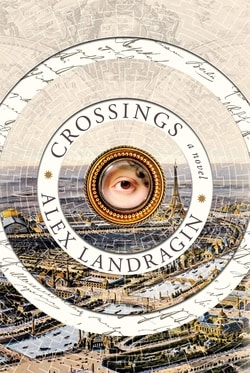 On the brink of the Nazi occupation of Paris, a German-Jewish bookbinder stumbles across a manuscript called Crossings. It has three narratives, each as unlikely as the next. And the narratives can be read one of two ways: either straight through or according to an alternate chapter sequence.

The first story in Crossings is a never-before-seen ghost story by the poet Charles Baudelaire, penned for an illiterate girl. Next is a noir romance about an exiled man, modeled on Walter Benjamin, whose recurring nightmares are cured when he falls in love with a storyteller who draws him into a dangerous intrigue of rare manuscripts, police corruption, and literary societies. Finally, there are the fantastical memoirs of a woman-turned-monarch whose singular life has spanned seven generations.

With each new chapter, the stunning connections between these seemingly disparate people grow clearer and more extraordinary. Crossings is an unforgettable adventure full of love, longing and empathy.