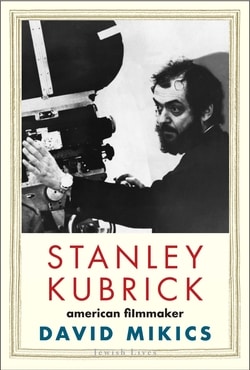 Kubrick grew up in the Bronx, a doctor’s son. From a young age he was consumed by photography, chess, and, above all else, movies. He was a self‑taught filmmaker and self‑proclaimed outsider, and his films exist in a unique world of their own outside the Hollywood mainstream. Kubrick’s Jewishness played a crucial role in his idea of himself as an outsider. Obsessed with rebellion against authority, war, and male violence, Kubrick was himself a calm, coolly masterful creator and a talkative, ever‑curious polymath immersed in friends and family.