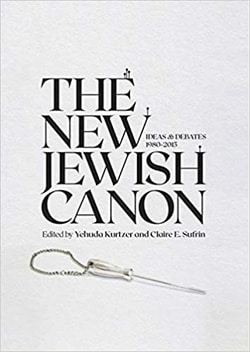 The late twentieth and early twenty-first centuries have been a period of mass production and proliferation of Jewish ideas, and have witnessed major changes in Jewish life and stimulated major debates. The New Jewish Canon offers a conceptual roadmap to make sense of such rapid change. With over eighty excerpts from key primary source texts and insightful corresponding essays by leading scholars, on topics of history and memory, Jewish politics and the public square, religion and religiosity, and identities and communities, The New Jewish Canon promises to start conversations from the seminar room to the dinner table. The New Jewish Canon is both text and textbook of the Jewish intellectual and communal zeitgeist for the contemporary period and the recent past, canonizing our most important ideas and debates of the past two generations; and just as importantly, stimulating debate and scholarship about what is yet to come.