The Takeaway Men by Meryl Ain 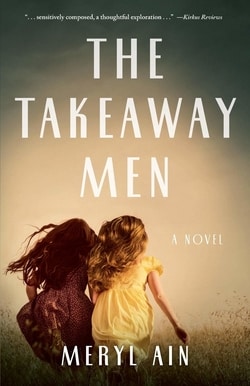 With the cloud of the Holocaust still looming over them, twin sisters Bronka and Johanna Lubinski and their parents arrive in the US from a Displaced Persons Camp. In the years after World War II, they experience the difficulties of adjusting to American culture as well as the burgeoning fear of the Cold War. Years later, the discovery of a former Nazi hiding in their community brings the Holocaust out of the shadows. As the girls get older, they start to wonder about their parents’ pasts, and they begin to demand answers. But it soon becomes clear that those memories will be more difficult and painful to uncover than they could have anticipated. Poignant and haunting, The Takeaway Men explores the impact of immigration, identity, prejudice, secrets, and lies on parents and children in mid-twentieth-century America.