The Holocaust in Greece; Editors: Giorgos Antoniou, A. Dirk Moses 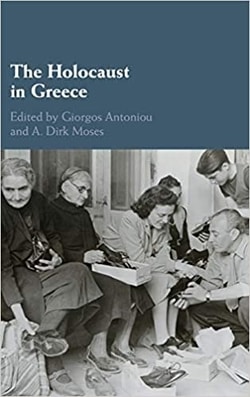 For the sizeable Jewish community living in Greece during the 1940s, German occupation of Greece posed a distinct threat. The Nazis and their collaborators murdered around ninety percent of the Jewish population through the course of the war. This new account presents cutting edge research on four elements of the Holocaust in Greece: the level of antisemitism and question of collaboration; the fate of Jewish property before, during, and after their deportation; how the few surviving Jews were treated following their return to Greece, especially in terms of justice and restitution; and the ways in which Jewish communities rebuilt themselves both in Greece and abroad. Taken together, these elements point to who was to blame for the disaster that befell Jewish communities in Greece, and show that the occupation authorities alone could not have carried out these actions to such magnitude without the active participation of Greek Christians.